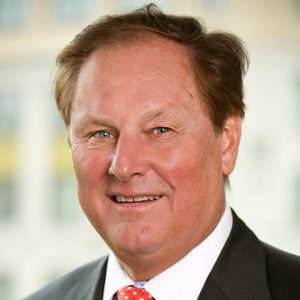 For more than four decades, William Drozdiak has been regarded as one of the most knowledgeable American observers of European affairs. During his tenure as foreign editor of the Washington Post, the newspaper won Pulitzer Prizes for its international reporting on the Israeli—Palestinian conflict and the collapse of the Soviet communist empire. He also served as the Post’s chief European correspondent, based at various times in Bonn, Berlin, Paris and Brussels, and covered the Middle East for Time magazine. He later became the founding executive director of the German Marshall Fund’s Transatlantic Center in Brussels and served for ten years as president of the American Council on Germany. Before becoming a journalist, he played professional basketball in the United States and Europe for seven years. His highly acclaimed book, “Fractured Continent: Europe’s Crises and the Fate of the West,” was selected by the Financial Times as one of the best political books of 2017. His latest book, on Emmanuel Macron and the future of Europe, was published by Hachette and PublicAffairs in April 2020. 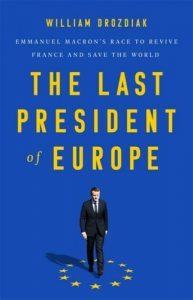 1.- This year you have published a book that has been echoed by, among others, the Washington Post and the Financial Times. It is entitled «Europe’s Last President: Emmanuel Macron’s Mission to Revive France and Save the World». It would seem as if Macron was a new Joan of Arc, or a new Charlemagne. What do you mean by the title? Why «the last»? From what or whom to save the world?

I chose the title «The Last President of Europe: Emmanuel Macron’s Race to Revive France and Save the World» because I became convinced during my time with him that he is the only leader now on the European stage who acts on the vision and ideals of the founding fathers of the European Union. It is ironic and tragic that a time when France has chosen its most pro-European leader in the postwar era, the other leaders of the EU, including Angela Merkel of Germany, have pursued a path defined by economic nationalism. Macron is a man in a hurry because he believes that unless Europe becomes a more integrated political community it will fall behind and lost its clout on the world stage at a time of resurgent big-power rivalry involving the United States, China and Russia. It is a shame that it has taken three years for Germany to wake up and realize that the potential demise of the EU, as was feared in the early days of the pandemic, would be suicidal for German economic interests. The adoption of the European recovery plan is a big step forward but if it falls apart it could spell disaster for the future of a more united Europe.

2.- Macron emphasizes the strategic autonomy of the European Union. Juncker, spoke of European sovereignty, in 2018. Is Macron’s aspiration, bridging historical distances, to a «moment 1776», a kind of Declaration of Independence for Europe? In this vein, Could the European Union be, for Macron, a way to allow the continuance of France’s influence in the world? With its back to the traditional transatlantic link, or as a complement?

Macron believes that Europe’s strategic autonomy is essential to preserving its sovereignty and its voice in the leadership of world affairs. He sees the future of France as inextricably connected to the future of Europe, hence his desire to modernize France at the same time as pushing to invigorate the drive for a more integrated Europe. As a pragmatic realist, he has no illusions about Europe’s need to defend its interests against other big powers, including the United States.

3 .- For you, the U.S. Administration (whatever may be) should have an eye on what happens in Paris but, Why not Berlin?

I believe France could serve as the key strategic partner in Europe for the Biden administration. After Brexit, France will be the dominant military power on continental Europe. It is the only partner capable of projecting power into the Indo-Pacific region, where more than one million French citizens live in this vast oceanic region, and which the Biden administration considers a top strategic priority in containing China.

4.- You have studied in another interesting book (“Fractured Continent”) the successive crises and divisions through which the European Union has recently passed (Brexit, refugees, immigrants, struggles with Poland and Hungary, the banking and debt crisis,…). Paraphrasing the German sociologist Ulrich Beck (+), What could reconcile Europeans with Europe (despite all these crisis) and with other Europeans (despite all fractures and divisions)? 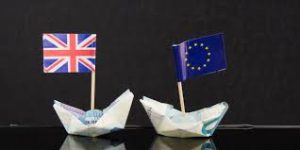 Europeans must realize the extraordinary success through peace and prosperity that the European Union has brought to their everyday lives. The EU is too much taken for granted by its citizens; if it disappeared, Europe would be a more unstable and poorer region of the world. It’s time for a new generation to wake up and show their abiding support and enthusiasm for a more united Europe, which is in the interests not just of Europeans but also Americans.

5.-Spain played a very unknown role for the average American in the U.S.A. war of independence. In a few years, the U.S. could also be a Latin country, if only for the number of Spanish speakers, surpassing Spain or Colombia. What could be the role of Spain?

Spain already plays an important strategic role as a partner of the United States. Spain’s influence in the Caribbean and South America already serve American geopolitical interests and should be preserved and defended. And with Spanish-speaking immigrants becoming the fastest growing part of the American population, Spain should continue to serve as a vital cultural, economic and political ally for the United States.