Cities are already the frontier of globalization. In fact, they always have been. The port cities of the Mediterranean Sea have always been open, cosmopolitan, the embryo of everything new, to the point that Cicero himself warned against them, for putting at risk the status quo, the customs and traditions of ancient Rome.

Not all cities are global, but those that are, are the playground where migrations, pandemics, new technologies, social complexity, the identity of the people… in short, all the challenges of globalization converge and governance. The pandemic has only accelerated an unstoppable process. Today, cities are already true actors of globalization, helping to shape world public opinion, a new global society.

In this process of elevating the local to a global level (globality), and of embodying the global in the local («locality»), the challenge is not to fall into dehumanizing uniformity, without falling into liquid plurality either. 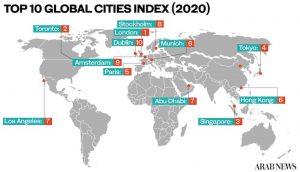 It is only necessary to review the Olympics, so that an imaginary of a planet united in time and sport, through large cities, which have opened up to the world, precisely after its Olympic conversion (which is the union of sport and economic interests), emerges before us.

Globalization is not going to disappear despite all the challenges we face, but it is already transforming itself into something similar to a great competition of global powers («great power competition»). These global powers have aspirations to lead, influence and/or intervene in issues that concern large geographical and commercial blocks or that share a certain design or common past, either by race, by customs and traditions, by language or religion. 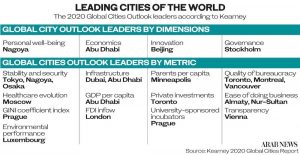 We could say that globalization is more geopolitical than ever, and less Kantian, less idealistic. Interests prevail over ideological discourse in globalization, but the city, the city is different, even if it is global, because it is the place where neighbors meet, and all neighbors have similar problems and concerns in New York, in Beijing, in Madrid, in Bombay, in Benidorm, in Dakar or in Cape Town.

Globalization strategist and expert Dr. Parag Khanna points out what Kearny’s report («2020 Global Cities Index», «New priorities for a new world»), on global cities, summarizes, in relation to exiting the pandemic: the cities that will emerge successful in the future will be those that have learned to innovate, that stick to a plan, and that have established regional ties and connections. Thus, they will be those that know how to generate urban added value, focusing on the common good, with a positive impact that reaches all sectors and segments of the city; that are connected to global society; with the capacity to attract human talent, to generate economic growth, to increase competitiveness; as well as to ensure stability, «previsionality» and security. That’s nothing.